What to do with this activity? 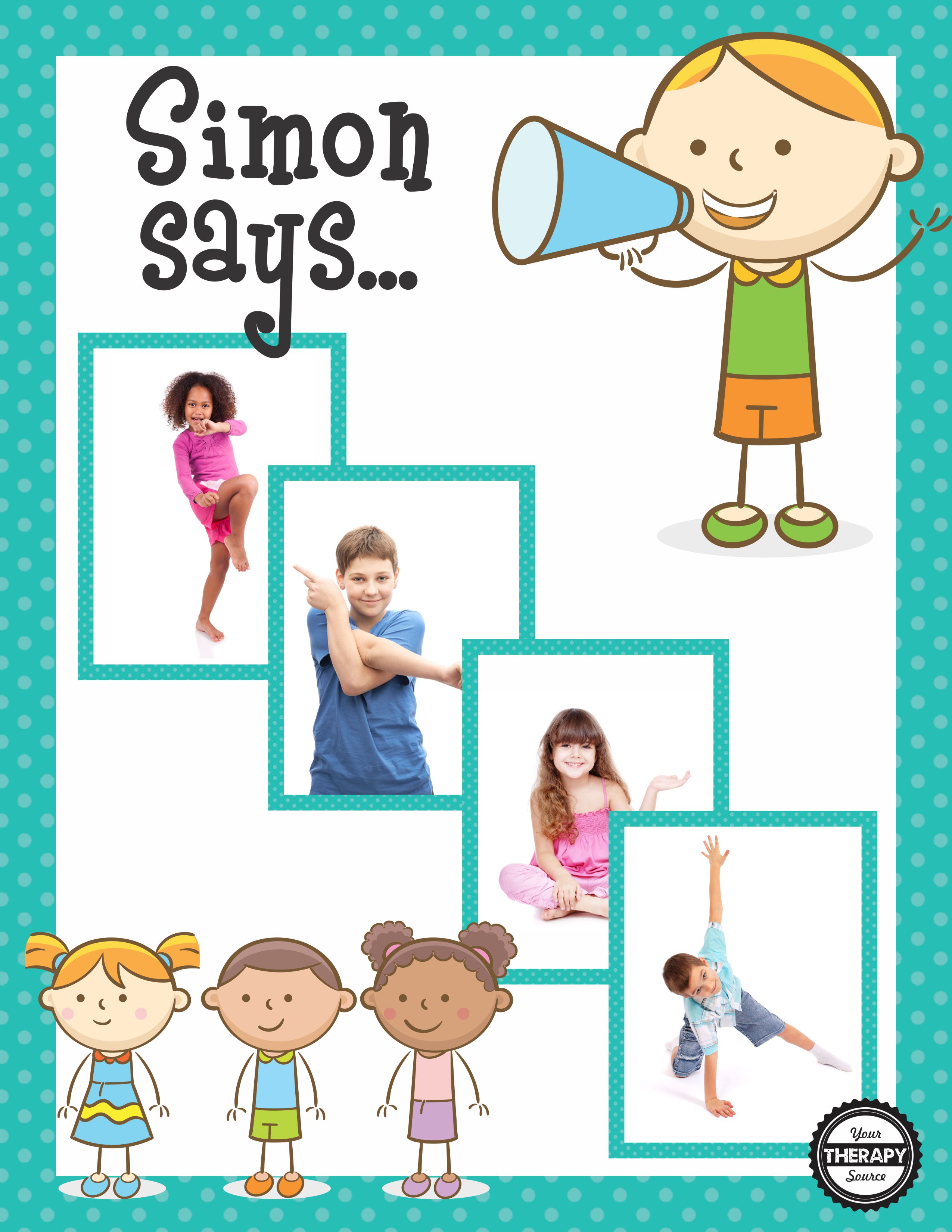 This is a great game for getting a child to listen carefully before they respond. When they know the rules, it will be fun to play it with other children, perhaps at a party.

Choose one child as “Simon.” The other children gather around Simon, who gives instructions by saying, “Simon says” telling the kids to perform a physical action. For example, 'Simon says touch your nose,' 'Simon says shake like a leaf.' Each child must perform the action. Simon says play air guitar; Simon says flex your biceps; Simon says curl your fingers and toes; Simon says put your left hand on your left knee; Simon says high five the people next to you; Simon says hold up six plus two fingers; Simon says sing a song; Simon says run up and down on the spot; Simon says stay absolutely still and don’t move. Give another order such as, 'Simon says, stand on one foot.' Continue giving orders. Mix it up and say something like 'Raise your right hand,' without saying 'Simon says' first. If someone puts up their right hand, then they are out of the game. Nov 18, 2020 Simon says is a simple and fun game played by children all over the world. Although Simon says is normally reserved as a children’s activity, people of all ages can play and enjoy the game. Normally, all the players in Simon says remain standing for the duration of the playing round. However, you could also play sitting down.

1. Get your child or children to stand facing you.
2. Tell them that they should copy your orders only if you first say the words“Simon Says”.
3. Tell them that they are out of the game if they follow an order that doesn't begin with 'Simon says,' or if they fail to do what Simon says they should do.
4. Begin by saying something like 'Simon says, put your finger on your nose.”
5. Then check to see if everyone has put their finger on their nose.
6. Give another order such as, 'Simon says, stand on one foot.' Check again.
7. Continue giving orders. Mix it up and say something like 'Raise your right hand,' without saying 'Simon says' first.
8. If someone puts up their right hand, then they are out of the game.
9. Play until one person is left. That is the winner.
10. Let that person give the commands for the next round.

You can find ways to catch them out. For instance, relax and say something like 'Straighten up the line,' in a casual manner. Several players will comply (and they'll be out).