We’ve all been there, whether you’re working for a giant company with thousands of engineers, or just a handful, you’ll always encounter the same ECAD/MCAD collaboration problems. Know what we’re talking about? That endless cycle of sending project files through email, or tracking changes through spreadsheets. Or maybe you’ve hacked together your own version control system. But at the end of the day, it’s all the same struggle. The fight to work together as electrical and mechanical engineers. So where does the solution to this process-driven problem begin? In our tools. With the release of Autodesk EAGLE 8.3, it’s time to bring ECAD and MCAD together, with Fusion 360 Interoperability.

EAGLE is available from Autodesk either as part of the Fusion 360 software package or you can a free version of just EAGLE here. Grab the version that matches your operating system (the software is available for Windows, Mac and Linux). It's a relatively light download - about 125MB. EAGLE installs just like most programs. Jan 07, 2020 Fusion 360 Commercial Subscription - Fusion 360 includes EAGLE Premium (full access to 999 schematic sheets, 16 signal or plane layers and unlimited board area), as well as Fusion 360 - Team Participant, HSMWorks, and access to consumptive services, such as generative design, cloud simulation, and cloud rendering.

Regardless of what tools you happen to be using for your design process, the underlying problems with ECAD/MCAD collaboration are the same. It doesn’t matter what kind of file formats you’re trying to juggle; the root issue is all about the data. Why the data? Because we don’t have tools that communicate with one another because they don’t have a common foundation of data. And so of course, it’s a natural byproduct that you need to rely on exchange file formats like STEP, IDF, IGES, etc.… to play the middleman.

But over at Autodesk, we took a look at this problem differently. While we could have made a better file format, we realized a more sustainable and long-term solution is to simply get your design tools talking to one another, directly. This is what Fusion 360 Interoperability in Autodesk EAGLE 8.3 is all about.

Need to streamline your electrical and mechanical design workflows together?

Yes! This is exactly what you need. With this feature, there aren’t any files being exchanged, just an underlying set of data and communication channels that bring ECAD and MCAD together. How does it work? 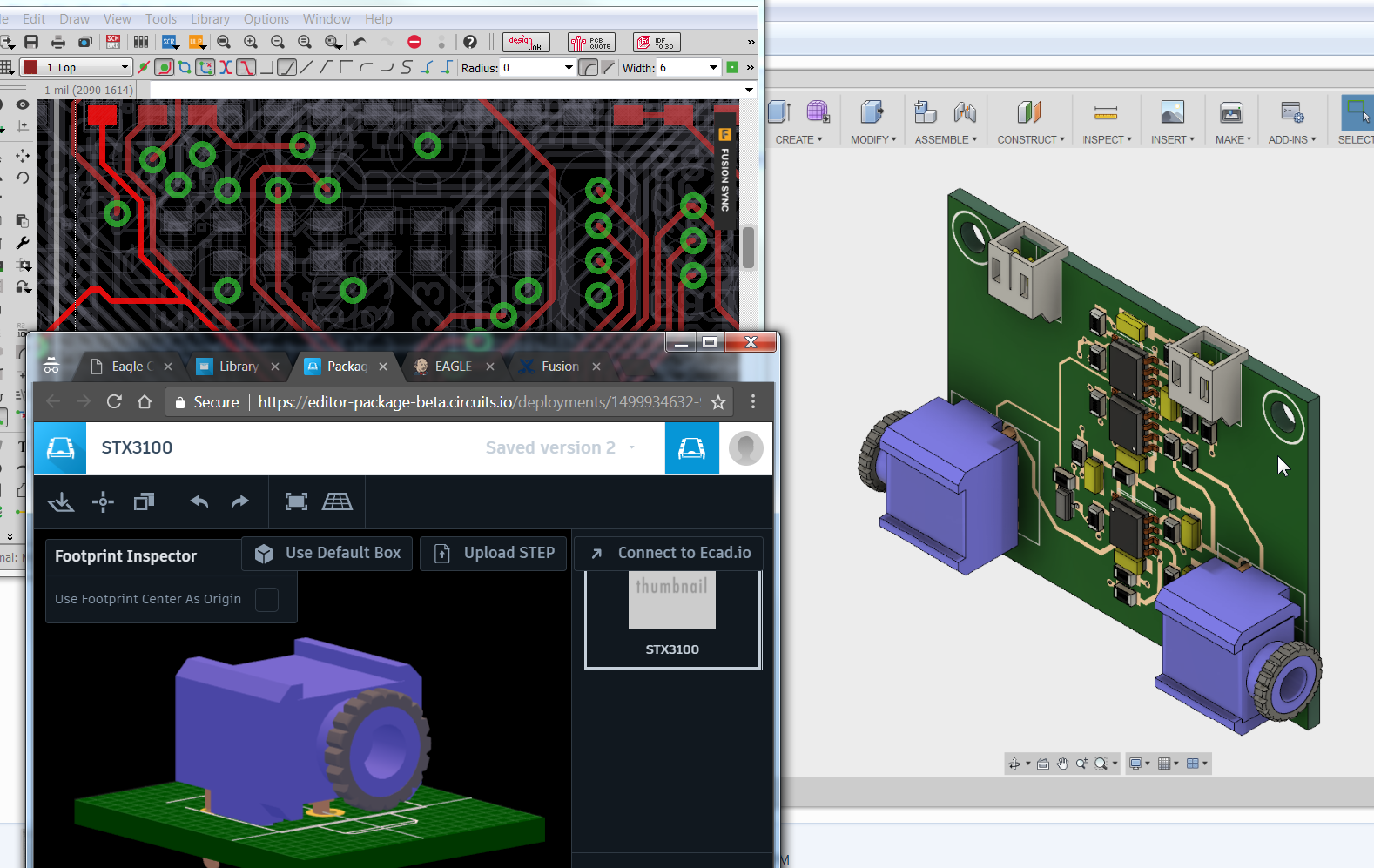 All of this is made possible with some heavy back-end work on our end. We’ve done the due diligence to make sure that Autodesk EAGLE and Fusion 360 can talk directly to each other, without any kind of middleman. What you’ll find as you start to use this feature is an entirely new way to approach your traditional ECAD/MCAD problems. Instead of tracking design changes in a spreadsheet, all of your version control needs are handled in Fusion Team Collaboration, included free with Fusion 360. And instead of wondering if your board will fit its enclosure at the end of a long project, you’ll know in advance about any issues as you and your mechanical designer work in tandem.

We understand that not every engineering workflow is the same. You’ve got your means and methods for how to get your designs done, and we respect that. With this is mind, there are two ways that you can approach the initial setup for Fusion 360 integration, we’ll be covering both:

Setup Option 1 – Importing a Board Outline From Fusion to EAGLE

This process will begin in Fusion 360, and end in EAGLE. If you’ve got a mechanical designer sitting nearby, now’s a great time to group up and put the pieces together for this project. Here’s what you need to do:

Now we have Fusion 360 setup, let’s start our design.

You should now see a green rectangle shape at the bottom of your interface in the Timeline. If you ever need to edit your PCB outline, simply select it in the timeline.

At this point, you’ve done all you need to do in Fusion. Let’s head into EAGLE to pull in the created outline.

Be sure to give the importing process a few moments to complete. Once done, you should now have the board outline and shape that you created in Fusion 360 in your EAGLE interface, ready for designing! That ends the initial setup process for Option 1. You can now skip down to the Making Changes/Syncing section to learn how to push and pull changes between EAGLE and Fusion.

This process will first begin in EAGLE and then end in Fusion. This is the preferred method of setup if you need to insert one EAGLE design into multiple Fusion mechanical models. Here’s what you need to do:

This is all you have to do in EAGLE. Now it’s time for your mechanical designer to open Fusion and sync the changes that you just pushed their way. 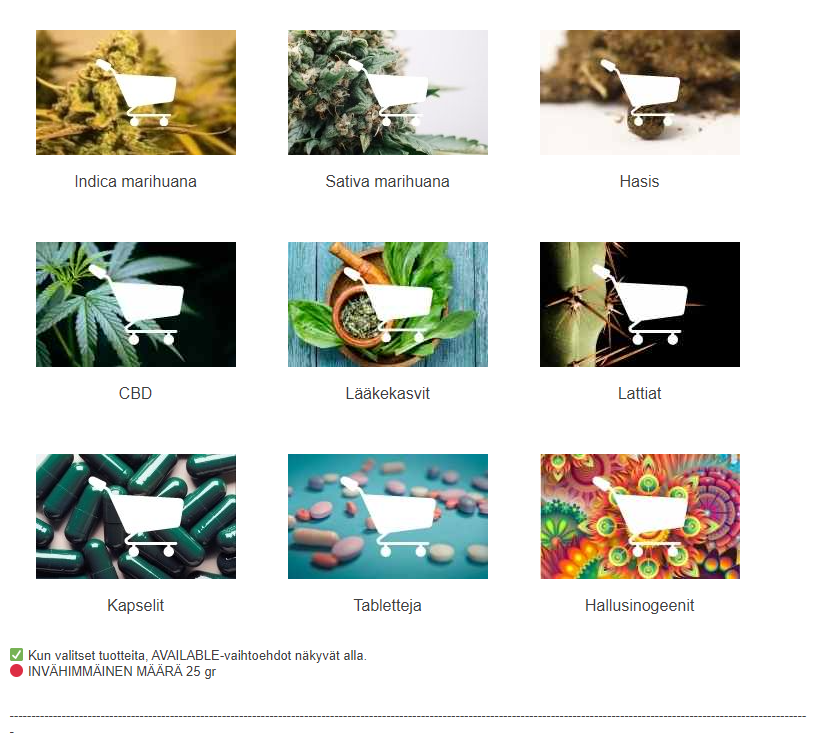 You can repeat this process of inserting the 3D PCB file into any number of projects via the Data panel.

That does it for Setup Option 2, head on down to the making changes/syncing section below to learn how to push and pull changes between EAGLE and Fusion 360.

Making Changes/Syncing Between EAGLE and Fusion

The second part of this blog is going to focus on making changes/syncing from the ECAD point of view. This is because there are some manual processes in EAGLE that you need to take to push and pull changes. However, you and your mechanical designer can definitely follow along together, as you’ll be making changes to your PCB in both EAGLE and Fusion.

Before getting started, it’s important to make a note of the color scheme in the Fusion Sync dialog within EAGLE. There are two colors that you’ll find:

With this context in mind, we’re now going to walk through an example workflow where you’ll make a change to a board layout in EAGLE, push those changes to Fusion, and then push changes in Fusion back to EAGLE.

Now that these changes are being pushed let’s head into Fusion to see what happened.

Once you’ve changed and saved your 3D PCB in Fusion, you don’t have to manually push those changes to EAGLE. Instead, you’ll go back into EAGLE and pull these changes in.

There you go, a complete ECAD/MCAD workflow between Autodesk EAGLE and Fusion 360! Take the time to experiment with syncing changes between EAGLE and Fusion, and you’ll be an expert in no time.

For those of you who are visual learners, head on over to our YouTube channel for our ECAD to MCAD Unification How-To series. The playlist is here:

ECAD/MCAD Lived Happily Ever After

It’s that easy, no more files to toss over the wall, no more emails to track design changes, and most importantly, no more frustration when trying to work together with your mechanical designer. The new Fusion 360 Integration lays down the foundation for an awesome ECAD/MCAD collaboration platform, and you can bet this is just the beginning of what we have planned. So what do you think so far? Maybe you’ve been doing the typical ECAD/MCAD dance for years, and it might be a bit challenging to get used to this new process. But stretch yourself beyond what you’ve known! You’re designing products now, not just PCBs. It’s time for something different.

Ready to experience frustration-free ECAD/MCAD collaboration in your next project? Try Autodesk EAGLE and try Fusion 360 for free today!

Fusion 360 To Illustrator
Iron On Periodic Table
Comments are closed.