The idea of a 'native' Pro Tools HD might sound like an contradiction, but it offers the most affordable way of obtaining key HD features that are still not available elsewhere.

Together, Pro Tools software, hardware, and Avid control surfaces are the most widely used solution for mixing immersive audio in Hollywood. Whether you’re mixing Dolby Atmos or other 3D audio for film or TV, working in a large mixing stage or a small editing suite, Pro Tools provides the performance and flexibility to meet your needs. The next generation of Pro Tools HD is here! The HD I/O from Avid picks up where the 192 I/O left off, offering improved fidelity and lower latency than its predecessor. Avid also endowed the HD I/O with a slick, soft-knee analog limiter. This dynamics processor, named Curv, catches fast transients, letting you track hotter.

Of all the products that Avid launched in 2010, the Pro Tools HD Native card has perhaps been the most misunderstood. What it isn't, despite the name, is a means of using Pro Tools HD software with third‑party audio hardware. Rather, it's a card that allows you to employ HD interfaces to gain up to 64 channels of audio I/O, and enjoy some of the key advantages of the HD system, at a lower price than full HD.

The HD Native card is designed to offer low‑latency performance comparable to a conventional HD system, and there is an FPGA (Field Programmable Gate Array) running the mixer for the I/O on the card itself, which lets Avid do some low‑latency monitoring tricks. The card also includes Core Audio and ASIO drivers that support the full I/O count on the card, so it can be used as the interface with rival software such as Apple's Logic and Steinberg's Nuendo for full 64‑channel I/O. Unlike Pro Tools LE or the basic native Pro Tools 9, Pro Tools HD Native is claimed to offer 'perfect round‑tripping” with DSP‑based HD systems, accommodating full Session compatibility, including transfer from TDM to RTAS plug‑in versions. Only the few TDM‑only plug‑ins on the market, and Avid's new HEAT Pro Tools HD process, are not available for PT HD Native.

Pro Tools HD Native can run on Snow Leopard‑equipped Macs and Windows 7 PCs, with a minimum of 4GB RAM. For truly portable use with a laptop, an external PCI‑e chassis such as the third‑party Magma is required to house the Native PCI‑e card. HD Native is also compatible with Icon, C24, Euphonix and Command 8 control surfaces, as well as the Venue Live Sound systems.

To see whether HD Native really offers seamless transfer from conventional HD, I opened up my Mac Pro, removed my HD2 cards and put in the HD Native card, which is a half‑length PCI‑e card.

The connector on the card is the smaller format, as used on Avid's newer HD interfaces, so the lead for my older 192 no longer fitted on the HD Native card. It really hurts to have to call my precious 192 I/O a legacy interface, but I won't be retiring it any time soon! Fortuately, Avid provide a short adaptor cable, which attaches to the interface end of the main cable, allowing you to plug the HD Native card into a legacy interface.

Once I had got that sorted, I rebooted my HD rig and ran Pro Tools 9.0.2. I didn't do anything special, such as deleting any preferences, so I expected some sort of issue to crop up, but it all ran first time: no queries, no warning screens, it just started up and worked.

The first thing I did was try to play some Sessions that I had created on my HD2 rig. Again, they just opened and played, the only issues arising from a couple of plug‑ins that don't have RTAS versions, like Sound Toys' Pitch Doctor and Waves' PS22 Spreader — Pro Tools disabled these as it finished opening the Session. Once I had chosen new plug‑ins, which I deliberately did while Pro Tools was playing back, and suffered no more than the usual hiccup as Pro Tools reconfigured the mixer, I noticed that the system had started with a default 128‑sample HW Buffer size. To stress it a bit more, I pushed the HW Buffer size down to 32 samples and it still just played, no complaints, hiccups or glitches. Everything I had on my system that I could throw at it played back fine, and the system felt very responsive and a lot more solid than when I used an LE system. (I did, though, set Pro Tools to use a maximum of seven processors set to 99 percent, leaving one core to run the Mac OS system, which is a setting I would recommend for any multi‑processor Pro Tools rig.)

Pro Tools 9 has removed many of the differences between fully native and HD systems, but there are still things that you notice in HD Native that are not present in any non‑HD version. For instance, the Input button still appears on audio tracks, so you can use Track Input Monitoring to switch individual inputs to monitoring, in any record mode.

In situations where you need to bypass the Pro Tools mixer for the lowest possible latency, you can nominate an output pair as a destination for Low Latency Monitoring. Record‑enabled tracks can then be routed to that output directly.

Latency has always been the dirty secret of native recording systems. If you want performers to be able to hear themselves without unwanted slapback delay, you're usually forced to either run at a perilously low buffer size, or use a separate mixer utility to route inputs to outputs directly, outside of your DAW. In HD Native, however, Avid have integrated a direct monitoring system into Pro Tools, so you carry on using the Pro Tools mixer to control the monitor mix, rather than a separate mixer application.

This is configured in the Output tab of the I/O Setup page, where there is a new drop‑down menu labelled Low Latency Monitoring (LLM). You tick a box to activate it, and then select which output path you want to use. In my case, outputs 7/8 are connected via my patchbay to my performers' headphone amps, so I renamed that output 'Headphone Out' and selected it here. Once this output bus is mapped to the appropriate physical output, any aux send or channel output can be monitored directly from the hardware without passing through the Pro Tools mixer, when it is record or input enabled. The levels of individual inputs in your direct monitor mix are controlled by using the channel faders in Pro Tools, with no separate mixer window to worry about. 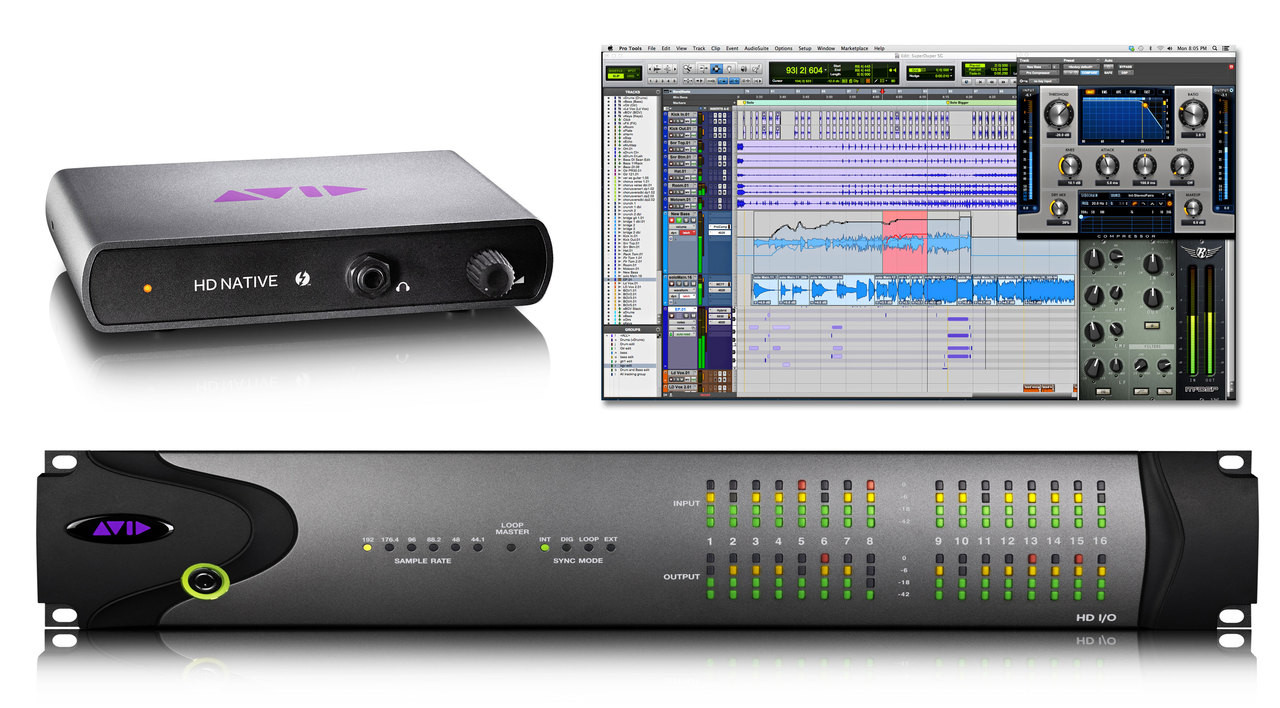 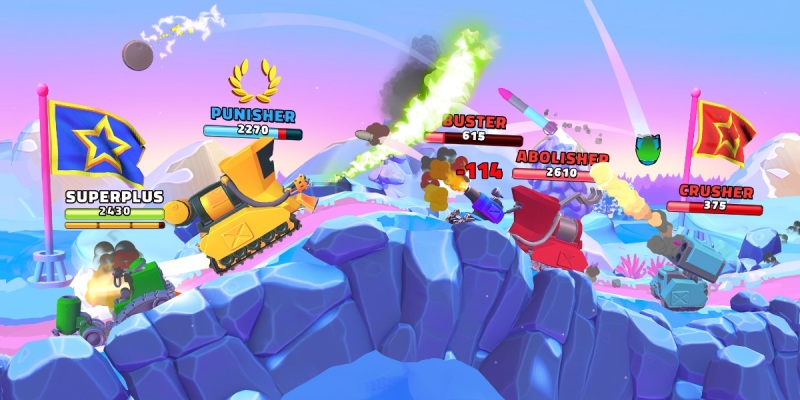 This works as billed, but it does take a little getting used to, as changing an aux send fader has no effect on the monitor level — only the channel fader does so. The screen overleaf shows an example of a conventional headphone monitor setup that I would have on my HD2 rig, where I use pre‑fade auxiliary sends to control the level of each source in the monitor mix, with an Aux track as a 'send master' channel. On an HD Native system, setting up a mix like this would entail audio being routed through the Pro Tools mixer, with consequent latency. In LLM mode, we have to go directly out, either from the aux send or straight from the channel output.

As long as you don't try to route your monitoring path through the Pro Tools mixer, the LLM system works, and drop‑ins do what you want, in that the performer hears what has already been recorded up to the drop‑in point, then they hear that they are doing through to the drop‑out point, just as you would expect. As with all direct monitoring setups, all plug‑ins on the relevant tracks are put into bypass, so in LLM mode you can't have a compressor or EQ in use while recording. For auxiliary effects such as delay or reverb, where latency isn't usually a big problem, you can set up an Aux track with the same input as your record track and route its output to the LLM output. You might feel that the inability to use insert effects while recording or monitoring with low latency is a deal‑breaker, or at least a pain, although of course it's nothing new — the LLM feature in Pro Tools LE on systems with the 002 or 003 had this same restriction, and plenty of folk have managed to work with it.

If that is an issue for you, however, don't give up on the idea of HD Native quite yet. One of its most significant features is that it is designed to run with very low buffer sizes in any case, so a lot of the time you won't need to revert to using the LLM feature: you can just bring down the latency to 32 or 64 samples and work as normal, with plug‑ins on record‑enabled tracks and all the other bells and whistles of the Pro Tools mixer.

To test this, I took one of my larger Sessions, and still with the buffer set to 32 samples, dropped eight tracks into Record. It worked with no problems at all. Avid make the point that the LLM feature should only be needed on Sessions where you need to have normal to high buffer sizes to keep the Session playing, but depending on your computer, this point can be quite hard to reach! On this Session, I had 61 voices with a load of plug‑ins both on the playback tracks and the eight record tracks, and no glimmer of complaint.

As to the sound, I cannot do any A/B comparisons, only having the one rig, but everything sounded great, and given that the converters and digital clock are in the interface rather than the card, I can see no technical reason why the sound would be any different from conventional HD.

Over the years, I've had a lot of fun and games trying to keep LE systems going, so I am very impressed with the stability of the HD Native system and the fact that it just works. I didn't have to change any settings, reinstall Pro Tools or even add any drivers: the Pro Tools software simply recognised I had changed the cards over and dealt with it. I love the near‑complete compatibility with my HD2‑created Sessions, right down to still having the Input button on the tracks. As to price, there's no denying that you can still get a fully native system that is, on paper, equally powerful for less, but if I didn't already have an HD2 rig I would think very seriously about the HD Native card as a cost‑effective solution that still offers everything I need from a high‑end DAW. 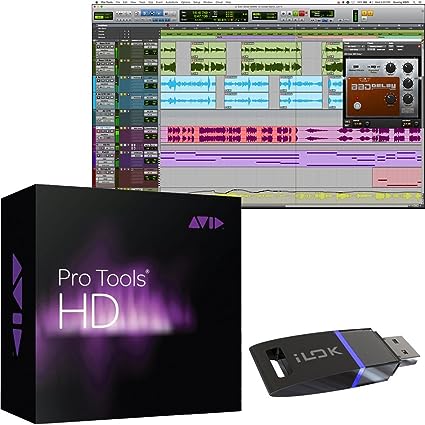 Pro Tools HD Native is a stable solution that just works, and doesn't get in the way.